Review: In a year where Hollywood’s biggest directors have gotten weirder and more insular, Damien Chazelle said “hold my beer” and offered the most depraved look at Hollywood ever put to screen. “Babylon” rules, and I won’t be swayed otherwise.

I’m going to try to write this review as concisely and coherently as possible, but much like Damien Chazelle’s 189-minute, cocaine snorting, urinating, nauseating, defecating, profusely naughty middle finger to Hollywood systems built around something he and his fans both find innately wonderous, I’m not sure if I’ll be able to help myself. That’s right, “Babylon” is in theaters. And not only is it in theaters, I imagine many will say it’s D.O.A. to the point of zombification because moviegoers certainly won’t be able to help themselves and look away. It’s just too gobsmackingly inviting.

To try to frame Chazelle’s portrait of the crumbling world of silent films is a task of its own. It’s structureless and devoid of any narrative that calmly and cleanly answers the soul-sucking world of conglomerated filmmaking and distribution that we inevitably asked for decades ago and are now paying the Gods for. When word shuffled through film bros’ Twitter pages that Brad Pitt would be campaigning for Best Actor and Diego Calva for Best Supporting, I figured the world would probably end in a pit of lava.

“Babylon” tries to break up its maniacally self-indulgent runtime into a string of drug-laced set pieces. Its first is in the lavish and isolated mansion of Kinoscope Studio executive Don Wallach for one of cinema’s greatest portrayals of audacious partying ever put to screen. The trailers for “Babylon” give away much of the raucous taking place, but it never spoils the spectacle of actually seeing every bit of the world that industry titans live in daily. As nauseating and overwhelming as every bit of this opening scene is (and that’s putting it mildly. It’s about 30 minutes), it makes “Babylon” increasingly inviting.

And that’s before we get to the moviemaking part of the business, which is cements silent filmmaking as the wild wild west waiting to be tamed by industry heads. It’s as frantic as hauling an elephant up a mountain with just a Ford vehicle and open trailer. Needless to say, “Babylon” just should not work and needs a level higher than “expert” to make it happen on all fronts.

But luckily enough, the have the best in filmmaking to pull it off. I’m not sure if Damien Chazelle ever plans to make another movie after “Babylon” because I’m not sure he can get any bolder. And that’s coming from the swing-for-the-fences director of “Whiplash,” “La La Land,” and “First Man.” This is the work of a man who got a taste of Hollywood filmmaking and spit it out like cilantro. “Babylon” isn’t a love letter to cinema. It’s a death wish, and Damien Chazelle maybe, just maybe, pulled it off.

The film intertwines the lives of three various actors and executives in the Hollywood system as it turns from silent films to talkies. Brad Pitt plays fading star Jack Conrad, Margot Robbie plays Hollywood hopeful Nellie LaRoy, and newcomer Diego Calva plays aspiring filmmaker Manny Torres. The decade-spanning tales of ambition and excess for all three collide in ways that threaten the house of cards they’ve built for themselves.

“Babylon” is going to be a real litmus test for viewers. As I left the theater, I imagined the number of walkouts the theaters are going to have after the opening party sequence. Although it’s shown in the trailer, casual moviegoers aren’t going to be prepared for how far “Babylon” stretches to show you the depravity of early Hollywood. Mixed with a third act that goes far off the rails with a grimy performance by Tobey Maguire that could’ve only been inspired by the Joker himself, “Babylon” is so far up its own ass that will surely turn folks against the filmmaking medium entirely. There’s nothing like “Babylon,” and there will never be anything like “Babylon.”

Damien Chazelle is either committing career suicide or proclaiming himself as the next Scorsese. I’m not sure which, but it makes for a film that I want to read, think and watch more. A hypnotic and dazzling invitation into a world held together by duct tape, Chazelle has the industry by the throat and he’s slowly closing his grip. He’s got a feel for when to slow the pace and hold on an actor, but he also ramps up every bit of emotion when necessary.

In the end, Chazelle announces himself as the antichrist with “Babylon” – a film focused on the fake it til you make it side of the industry, and Chazelle might just be faking it after all. I’ll be tossing and turning in my head for months about whether he deserves the ending that he presents, because he’s having his cake and eating it to with that final montage, but at least along the way he also throws it up and laughs at you for thinking he’d do anything else. I love it. 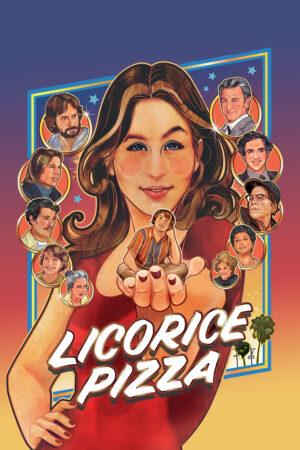