Around this time last year, I wrote a piece ranking the five best Wes Anderson films that he’s directed. It was a harmless, fun exercise where I got to explain why I felt “Moonrise Kingdom” was better than “Rushmore” or “Fantastic Mr. Fox” was better than “The Royal Tenenbaums.” It was also a chance for me to fill out his filmography after putting off his less-acclaimed work for quite some time – most notably “The Darjeeling Limited” or “Isle of Dogs.”

Welp, needless to say but tastes change! At the time of that publishing, I had just bought a nifty new 4k player and was excited to splurge on Wes Anderson’s films in the Criterion Collection. Many of them I had never seen so that ranking was done immediately in the heat of the moment after seeing them in all their glory. Perhaps I hadn’t sat with many of them long enough to fully appreciate what Anderson was accomplishing with each effort, or maybe it’s because I’ve evolved so much as a viewer in a year that it’s made my opinions change on them quite a bit.

Wes is a singular artist. Few directors can be distinguished from a single shot or set of characters quite like him. The “dollhouse” aesthetic that he’s become well known for implementing in each of his works can be praised or criticized based on the viewer, but I find it charming. While working with weightier material, Wes Anderson never takes himself too seriously. So while he can be marked as being too twee or sentimental in his approach to storytelling, when combined with his perspectives on broken homes and loss souls, his movies become increasingly resonant and impactful.

He also knows how to work adjacent to genre while still pulling from iconography that helps him build a tone. “The Grand Budapest Hotel,” for all its time jumping and frolicking pacing, is an adventure film. “Bottle Rocket” is unequivocally a heist movie. Wes Anderson works with the tropes of these genres to build expectations, but there’s still an overwhelming amount of personal flare that he manages to inject into his idiosyncratic stories.

Needless to say, there’s never been a filmmaker like Wes Anderson, and I’m not sure there’ll ever be one in the future. He’s an auteur that an overwhelming majority of critics and audience members love, but I can’t imagine down the line will invoke a heavy stream of copycats. His style and interests are too unique and pointed for someone to pick up where he leaves off when he’s eventually done making movies. The quirks in each of his films feel too natural and seasoned for someone to eventually try to “do a Wes Anderson.”

He’s also built up enough cache in the industry to a point where every one of his films feels like an event. They are slapped together with some of the best casts in Hollywood and every time they seem to deliver. His first of two films next year “Asteroid City” will star (bear with me) Margot Robbie, Tom Hanks, Scarlett Johansson, Jeffrey Wright, Tilda Swinton, Rupert Friend, Maya Hawke and a handful of other notable performers. Wes Anderson has built his own sort of cinematic universe that not many other figures can boast.

So without further ado, let’s not just rank the top five Wes Anderson movies. Let’s rank all of ‘em.

It might be piling on at this point, but I’ll add to the growing number of critics or fans that find “The Darjeeling Limited” to be slightly disappointing, disjointed and muddied. It’s taken some flack over the years for its indecent portrayal of Indian culture and taking advantage of a world Wes didn’t seem all that versed in, but it’s possible to put that aside and still find a myriad of issues in the story.

Many of Wes Anderson’s best movies contain redeemable characters stuck at a rough patch after a handful or poor choices, and while the characters do fit that archetype in “The Darjeeling Limited,” they aren’t necessarily likeable and interesting enough to care for. The cast of Owen Wilson, Adrien Brody and Jason Schwartzman try to elevate the script with their playful and whimsical performances, but they can’t lift and otherwise dicey approach.

Some clever set pieces save parts of the film, most notably Owen Wilson’s costume design topped off with bandages and scarring from his character’s motorcycle accident, but it’s still one of the few Wes Anderson films I’ve left cold and scratching my head.

Quite honestly, “Isle of Dogs” is forgettable. While in the moment I’ve had fun with the characters and voice actors in Wes Anderson’s second stop-motion adventure, it pales in comparison to his best works and the ones the preceded this. He trades in the vibrant and deep oranges that make “Fantastic Mr. Fox” so appealing for dull whites and boring shades.

Little in “Isle of Dogs” is memorable enough to point towards as a hearty recommendation. It’s an important filler if you’re trying to run the gauntlet of Wes Anderson works, but I’ve never met someone that prefers this as his best project, and frankly, I don’t think I will because it feels like the lost work. It doesn’t have nearly as many gaffs as “The Darjeeling Limited,” which helped it place higher on this list, but it’s equally as lost to time as that film and doesn’t contain much spark or life beyond its cast of talking dogs.

Some highlights include the setting of a retro-future Japan and some more stellar stop-motion work piggybacking off “Fantastic Mr. Fox.” I get returning to the medium that helped create one of his best movies, but this feels like a step down rather than a step up. 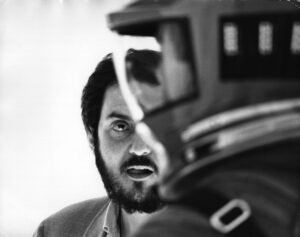