Review: Although initially thought to be a novel too demanding for the big screen, Noah Baumbach successfully delivers “White Noise” to Netflix. Even with a few flaws in its delivery, “White Noise” is captivating and occasionally even breathtaking.

Don DeLillo’s 1985 novel “White Noise” has often been considered unfilmable. The postmodern classic grows more and more timely by the year, which may be the exact reason why acclaimed auteur Noah Baumbach decided to try his own hand at it. The source material is rich – mostly commenting on consumerism and global warming amid a fractured landscape between the media and internal families. As you can imagine, some pretty weighty material that’s difficult to precisely package together in the span of two hours.

Combined with the otherworldly elements of an airborne toxic event, it’s easy to see why many thought a film adaptation of “White Noise” would never work. Much like how the film medium is the best way to portray some stories, a novel is the idyllic way to take in such acidic material like the stuff DeLillo is trying to pick apart in his own masterpiece. Luckily, with the similar acidic touch that Noah Baumbach has made a living off of, there’s enough wrapped into “White Noise” that makes up for its uneven shortcomings.

The movie, much like the book, focuses on Hitler studies professor Jack Gladney (Adam Driver) and his misfit family that he does a better job at explaining than I ever could. There’s his wife Babette (Greta Gerwig) and their four children Heinrich, Denise, Steffie and Wilder (Sam Nivola, Raffey Cassidy, May Nivola and Jodie Turner-Smith, respectively). When a nearby chemical spill releases toxins into the air, the family is forced to face one another, as well as their own fears.

This summary may seem more action-heavy than the plot actually is, and that’s typically where Noah Baumbach excels in making “White Noise” shine as an auteur project. The massive scale explosions and chest-pumping scenes are truly glorious – Spielberg-ian at times. It helps when Netflix allots a blank check to make your passion project and Noah Baumbach uses every cent of that budget to fill the backgrounds with era-relevant products and costume design. A big theme of DeLillo’s novel is the rise in consumerism, and Baumbach makes every attempt at making that point relevant.

There’s also a deep marital connection between Jack and Babette that Baumbach seems ready to interrogate. He’s made his money at this point with relationship pieces like “The Squid and the Whale” and “Marriage Story,” so perhaps this is the section of the novel that fascinated Baumbach the most when attempting to adapt it.

The performances by both Adam Driver and Greta Gerwig do “White Noise” wonders. Driver won’t win his Oscar for “White Noise,” but there’s enough variety in the material that he’s working with to at least offer it as a possibility. The scene where Jack goes back and forth with fellow professor Murray Siskind (Don Cheadle) is a particularly emotive and tongue-in-cheek moment as they compare the idea of a “Hitler studies” program with an “Elvis studies” program. It carries much of the academic satire that the novel is infused with that the film, at times, lacks to fully convey.

And then there’s Greta Gerwig’s Babette, who seems heavily sedated and lax throughout much of the runtime in “White Noise.” Perhaps the film’s largest theme is the constant fear of death between Babette and Jack – worrying about who will die first and how the other will be able to carry on. It’s some pretty heady material that both seasoned actors seem up to the challenge for, even if the film’s structure crumbles beneath them.

Which is pretty glaringly the biggest weakness in “White Noise.” The movie has quite a few layers. It’s told in three sections. The first is merely an introduction and examination of the characters and their relationships to one another. It explains Jack’s occupational responsibilities, the family that he cares for, and his own complex beliefs about a world filled with cynicism.

The second part is when the film takes a step up. The airborne toxic event is truly breathtaking and one of Baumbach’s best filmmaking moments of his career. The action picks up and there’s an uptick in forward momentum that gets you quite excited for where Baumbach may land the plane with “White Noise,” but unfortunately, it’s not in the best place.

The third act takes a shift tonally and thematically towards the fear of death. After the family survives and life returns to normal on the outside, Jack and Babette struggle to grapple with other possible outcomes that could’ve happened. They bicker and misunderstand one another, and it leads to a hotel room confrontation that had me struggling to make sense of what Noah Baumbach was trying to achieve and muster up. He has to do quite a bit of handholding to get to a logical final spot and it weakens the larger impact of the film.

But even with these issues of the story, I’m glad Noah Baumbach tried. For the first 90 minutes, it’s a mesmerizing work of art – one that feels like a filmmaker taking a step up and making bolder choices. The performances elevate it to an even higher point and make it one of 2021’s most intriguing pieces. Unfortunately, it crumbles in a rather odd way, one that I struggled to stay in line with, but it doesn’t ruin the entire experience.

It sounds like Netflix is going to stop dishing out large checks to auteurs to make their “White Noise” passion projects, and for that I say shame on them! There’s a lot to like inside the foundation of the film and Noah Baumbach continues to be one of cinemas singular voices for acidic-dipped dialogue and rich set design. “White Noise” pushes these boundaries even further and is a worthy adaption of the classic source material. 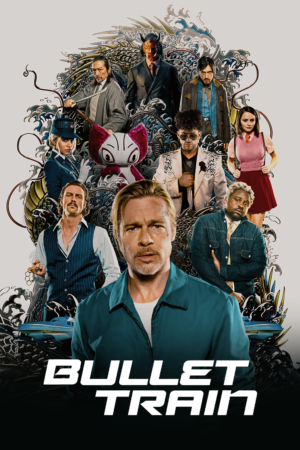 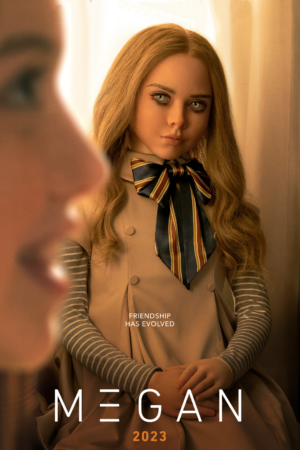