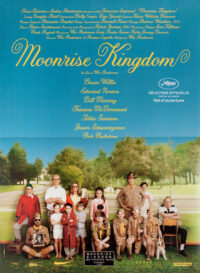 As a Christmas gift to myself this year, I splurged and bought most of the Wes Anderson collection in their Criterion editions. This was partially me wanting to commit myself to a new segment that I’ll be debuting in the middle of January, but it was also me just wanting to introduce myself to much of his catalogue that I had not yet had the chance to check out.

Wes was a weirdly off-putting director initially for me. His style is so idiosyncratic and niche that after seeing Fantastic Mr. Fox for the first time, I was fully invested yet worried that nothing else would live up to that film. If you’ve been following my Letterboxd account over the last few weeks, you’ll know that this is not true as I’ve been visiting or revisiting much of his earlier filmography trying to put together a complete list of my favorite films that he’s made. This meant dealing with that prick Max Fischer or sitting through Needle in the Hay by Elliott Smith maybe one too many times (there’s actually no such thing).

But then there is the post-Fantastic Mr. Fox era where Wes seems to deconstruct his famous style into its most simplistic and well-known parts. His films get more dioramic and staged. The symmetry gets more obvious and intentional. Wes isn’t working nearly in the same independent space that led to Rushmore and The Life Aquatic with Steve Zissou. With the pressure mounting for him to create a worthy successor to Fantastic Mr. Fox, where would he go?

How about a big ole helping of everything Wes Anderson had done up to this point strung together in a neat 94 minutes! Moonrise Kingdom is easily Wes Anderson’s sweetest film to date. A coming-of-age story mixed with the dry humor Wes easily incorporates into every one of his films, Moonrise Kingdom ushers in the 2010s with a bang for this modern auteur.

Albeit the influences of Wes’ past works are worn heavily on this film’s sleeves with the burnt orange and yellow color correction seen prominently in Fantastic Mr. Fox or the sneaking relationship that echoes back to Richie and Margot in The Royal Tenenbaums. Many of the themes and narratives Wes uses in Moonrise Kingdom he also has used in at least one film years prior.

Easily the best part of Moonrise Kingdom is Wes Anderson’s ability to create a new story completely out of thin air. A story of an imaginary land where a boy scout runs off to fend for himself and his adolescent lover as they are being tracked by various different boy scout teams who just happen to be led by Edward Norton? I meannnnn…. just sign me up. I am all in.

The story does come apart just a bit at the seams in the latter half, but that doesn’t take away from the National Geographic-esque style of the overall story that had me laughing out loud dozens of times throughout the full runtime. I had a great time with this one, and I would venture to guess that this is probably one of his more rewatchable films. I would definitely recommend checking this one out for anyone who hasn’t seen it. 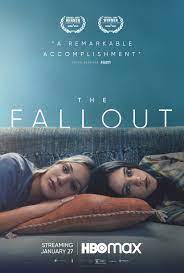