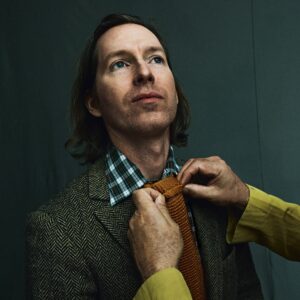 Top fives. Pretty cliché at this point, right? It feels demeaning to take a director’s entire body of work, especially if that body of work spans decades and decades and features dozens of films, and whittle it down into such a concise list. How do you go about ranking Scorsese’s best films but having to leave off something as great as The Wolf of Wall Street? What happens when we get to Steven Spielberg and either E.T. or Catch Me If You Can is mentioned as an HONORABLE MENTION? What do we do when, in about three or four paragraphs, recent Wes Anderson releases like The Grand Budapest Hotel and The French Dispatch are relegated to the bottom tiers of his career?

Welp, that’s the art of the top fives. They make you make choices. They welcome all of your spicy hot takes in the form of a concrete ranking system. I love about 15-20 A24 releases, but what happens when we get to the A24 list and we actually have to pit them against each other. All hell breaks loose.

We live in a culture dominated by list making and click-bait. I feel no shame in admitting I check where the Vikings are every week in the power rankings (and come to the sad realization that we’re closer to the Bears and Football Team than we are the Buccaneers and the Rams). I want to see whether other news publications also thought The Social Network was the defining movie of the 2010s – because it was! It’s such an easy and fun way to put yourself through the ringer and force yourself to make difficult decisions. It’s why I spent sooo much time on my top 25 films of 2021 list about a week back.

So why Wes Anderson to start? Well, around Black Friday weekend this year I splurged and bought a nifty, brand new 4k Blu-Ray player. I was getting sick of trying to find whether Goodfellas or The Godfather was on a streaming service or not. I wanted to own these films so I would always have them at my fingertips for the rest of my life.

One of the first directors I went heavy on was Wes Anderson. Much of his filmography has been published by the Criterion Collection, and I thought that with holiday sales going on, now would be a good time to do my first full rewatch of his vast array of films. So I set out to do something that I want to make a regular habit of in 2022: gain a full understanding of a director’s career within one month of movie watching. This past December, that was Wes Anderson. If you’re following me on Letterboxd, you probably have a good idea as to who that new director (or directors *wink*) is for January.

As I sat down and took in the full Wes Anderson experience (glaring symmetry as far as the eye can see, bright and vibrant hues, eclectic casts of the same reoccurring performers and caricatures, and the ability to curate the perfect soundtrack for every tone), five films stood out above the rest. Let’s pour one out for the Isle of Dogs and Bottle Rockets of the world and get down to it with the top five Wes Anderson productions:

5. The Life Aquatic with Steve Zissou

The idea that a film couldn’t be made nowadays gets thrown around a lot, and in a few cases it’s definitely true. The quirky, out-of-left-field sci-fi bangers like The Fifth Element or even the original Star Wars probably wouldn’t get greenlit in 2022. We don’t get Christmas movies that bring out the same feeling of terror as Gremlins did in the 80s. Studios don’t take as many risks now as they did just fifteen years ago, which makes me wonder whether The Life Aquatic would even have a chance today.

A film centered around a filmmaker hunting down the shark that ate his friend, The Life Aquatic is Wes’ best version of a true adventure film. Wonder and danger lie around every corner in this comedic father-son (I think?) tale starring the Wes Anderson staples Bill Murray and Owen Wilson.

With a great supporting cast that includes, but is certainly not limited to, Willem Dafoe, Jeff Goldblum, Cate Blanchett, Anjelica Hutson, and even Spencer Reid, The Life Aquatic breathes just enough fresh air into the classic Wes Anderson story to make an appearance on this list.

See, now this feels like a crime. If this wasn’t a personal list and we were handing out points for the importance a film had on a director’s career, this would probably be higher. Rushmore is arguably Anderson’s most poignantly written film. It doesn’t indulge itself too much like The Grand Budapest Hotel or The French Dispatch, and Max Fischer is grounded just enough in this world to make it feel personal. But if we’re talking about some of Wes Anderson’s deepest characters, this one stands possibly at the top of the pedestal.

Max Fischer is extremely broken. He may just be as broken as Wes has ever gotten. As a high schooler who pushes his personality and goals to the brink at every moment, his façade fades more and more as the story progresses. Every interaction and every relationship decays more and more as he tries to hold them together. It’s a truly moving portrayal of a broken anti-hero, and Wes Anderson deserves credit for the layering that he put into Max.

As for rewatchability, it doesn’t quite reach the top of this list. It’s an earlier work of his and he’s still trying to work some techniques out with his style and storytelling. There are some kinks, and I don’t think Rushmore has nearly the same amount of energy that his later projects will have, but it’s still a commendable effort and a completely original idea.

I sometimes struggle with where to fit this film into the general narrative of Wes Anderson’s career. After The Darjeeling Limited, Wes went in two directions. Either completely animated (Fantastic Mr. Fox and Isle of Dogs) or fixated on the dollhouse shot (The Grand Budapest Hotel and The French Dispatch). Moonrise Kingdom fits snug in-between the two. Now obviously this film is not animated, but it does feature the same color grading that a film like Fantastic Mr. Fox has. That is to say that this film is sooo orange and yellow. Each close-up on a character’s face feels unnatural because skin tone is completely different in this movie than in his others. Everyone looks like Mr. and Mrs. Fox. They have the same complexion.

Moonrise Kingdom is also a refreshing change-of-pace for Wes Anderson’s favorite narratives. Coming-of-age takes the forefront and broken families for the most part take the backseat until the very end. It’s a nice sweet-spot for Wes and I hope we get a few more of these tweener films in the next stages of his career.

I confess that I hadn’t seen this full film until I bought the physical copy of it. As far as complete casts go for a Wes Anderson flick, there isn’t a more outstanding set of actors and actresses than this. Every portrayal knocks it out of the park, from Luke Wilson as Richie to Gwyneth Paltrow as Margot to Ben Stiller as Chas – each character provides a meaningful narrative and theme to the canopy that is their broken family. It’s a real achievement that immediately after the film was over, I wanted to jump right back into it instead of moving onto the next.

Tenenbaums also has a couple of the best scenes in any Wes Anderson film. The Needle in the Hay scene sticks out in particular because it is so NOT Wes Anderson, but it’s a scene filled with care and heart. It’s not my pick for number one, but if you’re looking to get started in the filmography of Wes Anderson, it’s a significant highlight in the front half of his career.

Still to this day, after sitting through all of his films and enjoying most of them, nothing has topped Fantastic Mr. Fox. It’s an adult film for kids and it’s an animated kids movie for adults. Not a single moment is wasted with any character and the stop-motion animation is quite an achievement for Wes. He smoothly transitioned into a different art medium and delivered one of the best animated films of the 21st century.

One of my bucket-list goals in life is to create an anthology series deep-diving some of the best cult classics ever, and I think this chapter or episode would be one of the longest ones. It’s absolutely marvelous from front to back and I knew the moment I sat down to do this list that Fantastic Mr. Fox would still take that top spot.

The early months of every new year are normally rough for movie releases. The Oscar [...]
View MoreView More

It feels counterintuitive that my first post on a new blog is about saying a [...]
View MoreView More

Sundance can be a tricky topic to dance around with many caveats and point-of-references. It’s [...]
View MoreView More