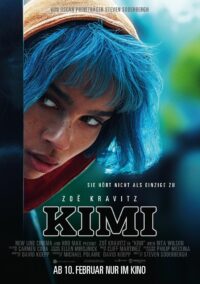 Streaming has changed the landscape of film watching over the past decade. Some may be for better, and some may be for way worse. Streaming has opened the floodgates for content ranging from Oscar-worthy dramas like The Power of the Dog and CODA to absolutely brutal genre films (sorry to The Snyder Cut and There’s Someone Inside Your Home for having to list you here). Perhaps the biggest surprise and delight of the streaming takeover belongs to the recent efforts of Steven Soderbergh.

I’ve always admired Soderbergh’s consistency over a long, successful 30+ years, but it’s the recent turn into midlevel streaming efforts that have really caught my attention. The likes of No Sudden Move and The Laundromat (which did have a limited run in theaters before quickly hitting Netflix) were riveting and important additions to the filmmaker’s filmography. He’s the master of the crime drama, which made me excited to see where his modern-day, tech, chamber piece would go.

Kimi Review: Kimi may be genre-Soderbergh, but for him to pull this off only a year out of No Sudden Move is impressive.

Soderbergh films start insular – a single character or setting that slowly blossoms into an entire plotline and arch that doesn’t feel the need to hold the hand of its viewers and trusts them to put many of the pieces together as they go. That is certainly the case with Kimi as we meet Zoe Kravitz’s character Angela, who works for a tech giant creating the next Siri or Alexa. Angela seems like the normal stay-at-home employee affected by the ongoing pandemic, but we soon learn that that isn’t the case. She suffers from agoraphobia, which keeps her out of public spaces and possible danger that could be around every turn.

It’s a topic and conversation that Soderbergh tackles as well as any filmmaker that has tried to since the beginning of the COVID pandemic. Over a conversation with her mother, we find out that Angela had learned to partially cope with her anxiety prior to lockdown. As the pandemic went along, she found herself stuck in the same habits and fears that plagued her before.

Soderbergh’s direction with Kimi is outstanding. His style isn’t necessarily flashy or colorful, but it’s concise and pointed. It’s the perfect pairing with Kravitz’s acting style, which gives the movie its character and color. Just look at her bright blue hair that she dons throughout the entirety of the film’s slick and tight 89-minute runtime.

Kimi may be genre-Soderbergh, but for him to pull this off only a year out of No Sudden Move and still operating during an ongoing pandemic is impressive. I’ve learned to just happily accept any Soderbergh projects and not take them for granted, and Kimi is another well above average outing from the director.

There are a few plot points that may bug a few viewers (I for one was confused as to how the antagonists fled the scene after their first attempt at stopping Angela) but I was able to get past many of them. It isn’t Soderbergh’s best film, but it’s still better than 70% of what gets made today…. especially on streaming. 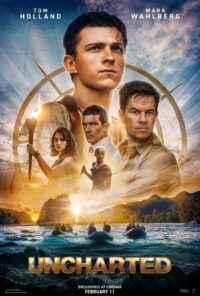 Successfully writing about a guilty pleasure film is a sort of art form. On one [...]
View MoreView More