With October in full effect and horror movies being released in abundance, I thought it would be a great idea to take an overarching look at the state of the genre and highlight some of the best that modern horror has to offer. This is in an attempt to build the ultimate horror starter pack for someone with an outside lens of the ghoulish language of the genre.

This may seem like a daunting task given the sheer amount of horror that gets released every year. I may even adventure to say that this is one of the last standing pillars of genre that has withstood the towering giant of the superhero feature, but it seems there will always be fans foaming at the mouth to see monsters ravage cities, demons possess townhomes, or trauma victims smile endlessly until they suffer their doomed fate.

The genre is in a healthy place to say the least. In 2022, the industry has contributed with ‘Nope’, ‘X’, ‘Scream 5’, ‘Barbarian’, ‘Bodies Bodies Bodies’, ‘Pearl’, the aforementioned ‘Smile’, and many others. Horror fans have been feasting on a large array of mouth-watering delicacies that are sure to continue to close out the year. Shudder has contributed quite a bit to this with streaming exclusives like ‘Dark Glasses’, ‘V/H/S/99’, ‘Saloum’, and a few other hidden gems that have been quality in comparison to general streaming fluff.

I write all this to say that horror is cruising, and there are a few key pillars of modern horror that have helped cement this path that we are currently on. So today, I’m going to try to whittle down the hundreds of horror selections into just 10, starting in the year 2010. Before I start to make the selections and make the case for each film I’ve picked, I think it’s important to lay some ground rules when compiling this list among so many options.

This is not a list of the ten best horror films since 2010. One could make the case that a couple of directors have ruled the genre in the last couple of years, but this starter pack is meant for newcomers to experience a wide palette of films in the genre. If a viewer likes a film by a director, screenwriter, or actor on this list, the intent is for the viewer to go out looking for similar films that match that same energy or tone.

The other rule or intention of a playlist like this is to mix it up. There are surely some films on this list that are obvious – horror has been at a golden age since 2010, but there are also going to be some under-the-radar hits meant to expose a common viewer to something they aren’t familiar with. Much of the horror experience is submitting yourself to experiences that may be uncomfortable or unfamiliar. That is the intent with a list like this.

I think this list will make more sense if we just dive into it. So without further ado, let’s start listing off the ten films that make the perfect modern-day horror starter pack.

‘Get Out’ and ‘Hereditary’ – There are two films that gave birth to modern-day horror, both for better and for worse. It isn’t these films’ issues that they are so specifically accurate at both coming to terms with the human experience and scaring the snot out of you, but it feels so perfect that nearly every “elevated horror” film made in the past decade has attempted to recreate the magic these films deliver.

‘Get Out’ and ‘Hereditary’ serve the same purpose for their creative mind/director; they were used as launching pads for even bigger, higher-concept mind-benders only a few years later. ‘Get Out’ is a terrific appetizer for Jordan Peele’s career the same way ‘Hereditary’ is a terrific appetizer for Ari Aster’s career – two of the biggest visionaries in modern horror.

‘The Witch’ and ‘Possessor’ – Horror isn’t short on newly established filmmaking auteurs, and both ‘The Witch’ and ‘Possessor’ mark as introductions for the respective masterminds. At first, A24 just dipped their toes in artsy, genre filmmaking when it came to horror. They spent their money on low-risk, low-reward projects to bolster their own library, but they managed to hit on one director so precise and consistent with their production that they had to call him back to work.

‘The Witch’ and ‘Hereditary’ single-handedly positioned A24 at the front of the newly-established horror genre. Robert Eggers, the visionary behind ‘The Witch’, would go on to deliver two more arthouse projects that would produce a big splash critically and with audiences. It’s impossible to write about how horror has evolved recently without naming the production company responsible for platforming two of the genre’s giant curators.

As for ‘Possessor’, it only felt right to include a Cronenberg production. Like father, like son, am I right? It feels too early to note ‘Crimes of the Future’ only months after its release, but luckily for David Cronenberg, his son Brandon has already contributed with one the most forward-thinking, mind-melting genre mashups the 21st century has to offer.

‘Possessor’ isn’t for the faint of heart; it’s for someone looking to be deeply unnerved and spooked by its lack of a self-congratulatory tone and willingness to depict its dark subject matter in front of the camera. It plays its concept so straight in a way that it’s hard to call ‘Possessor’ fun, but it’s easy to give the film the praise it absolutely deserves.

‘V/H/S’ – If we’re in the business of curating for a fresh set of eyes, why not let the film practically curate for you? The original ‘V/H/S’ launched multiple branches of horror all by itself. The franchise has had multiple sequels and spinoffs since its inception in 2012. Along with the franchise’s on-going success, the films also continue to platform rising horror filmmakers that have gone on to be staples of the genre.

Filmmakers like Ti West and the Radio Silence duo have appeared in the franchise’s anthology structure that attempts to let each story develop within its segmented 20-30 minute portion of the runtime. In a way, each ‘V/H/S’ installment serves as its own mini-starter pack when trying to find rising talent in the genre.

‘Halloween’ and ‘Malignant’ – These two choices serve to show the polarity behind modern, theater horror spectacle. While much of horror history has attempted to be reactive and forward-thinking about larger changes in the filmmaking industry, the genre has bent to some of the fiscal strategies larger Hollywood has implemented. To put it simply, franchises earn dollars. ‘Halloween’ is just one of the many reboots and revivals that have taken place since the start of the 2010s.

While many reboots are muddied with half-baked ideas and overdone nostalgia, ‘Halloween’ is surprisingly slick and gory, one that many fans of the original films will not take for granted. This film serves as a representation for how the industry continues to revive and reanimate many of the same narratives and stories that brought the genre eyeballs in the late twentieth century.

‘Malignant’ serves as a stand-in for the other studio-backed fare that still manages to get made despite the struggling industry in the theatrical space. Horror still elevates and shines through its auteurs, and those auteurs are still given creative leeway to develop the passion projects that speak to them. One of these auteurs is James Wan, who seems to be able to sell any project based on his brand recognition alone.

‘Malignant’ also fills in the bubble of the classic creature feature, a genre that gets clumsier by the year based on an incessant need for visual effects to take center stage over practical ones. Wan relied on many practical effects during the development of ‘Malignant’, and it speaks volumes with a few iconic and unsettling set pieces that play out over its harrowing runtime.

‘Sinister’ and ‘Green Room’ – I’m shooting my shot with these two: ‘Sinister’ and ‘Green Room’ are arguably the two freakiest and bleakest films of the 2010s. They both depict the depths professionals will go for work and to be discovered. While playing out with two different tones, these two films would make for a nightmarish double-feature in the best way possible.

While there is a version of this blurb that could go further in-depth about specific scares or thrills, these two are fantastic films to go into blind and without any expectations. There is an extremely high amount of precision and control exhibited by both filmmakers in their works and it pays off with a handful of the darkest images put to screen in recent memory.

‘The Cabin in the Woods’ – Why not have some fun with the final selection? ‘The Cabin in the Woods’ plays on every narrative trope and expectation outlined with the previous nine films on this list. While it can be enjoyed without a firm grasp on the genre it’s spoofing, it makes for a more rewarding experience knowing the building blocks that it tears down and redefines within its action-packed 95 minutes. 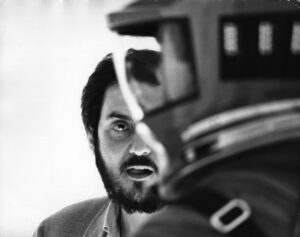